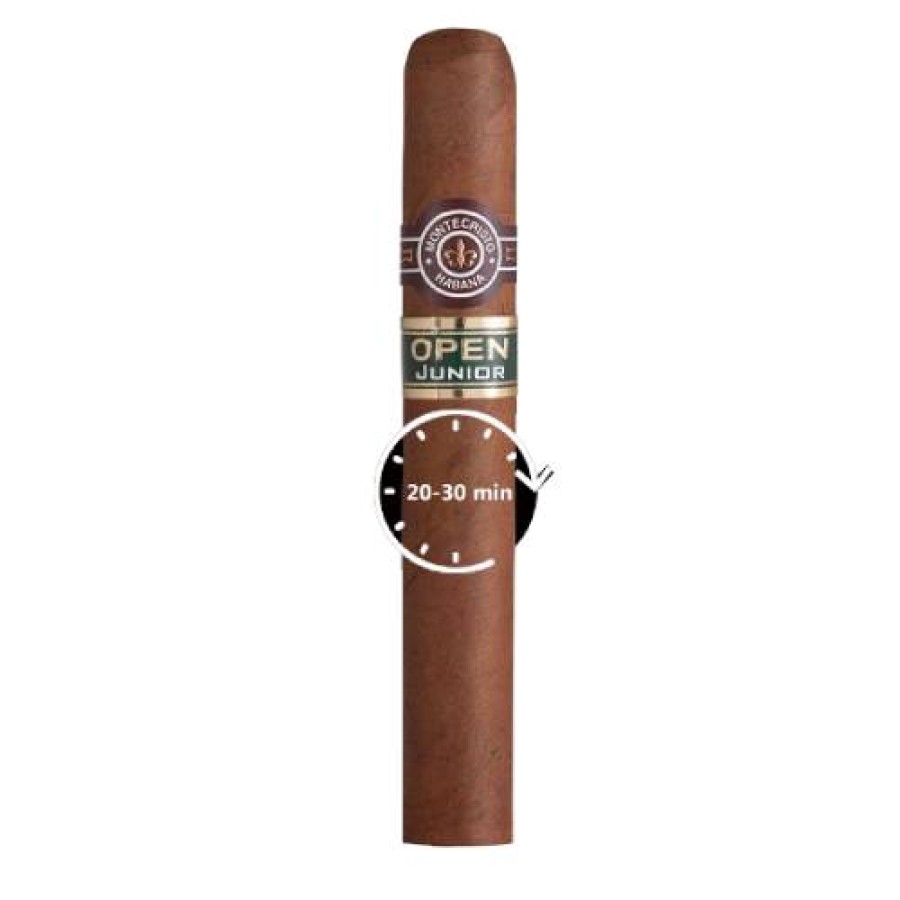 The Habano Montecristo Open Junior is a vitola of the most well-known and appreciated brand within the entire catalog of Habanos S.A. Montecristo cigars are known all over the world for their unique spicy flavor and clear, somewhat oily Carmelite layer.

The Montecristo cigars refers to Alejandro Dumas' famous novel, The Count of Montecristo, which was one of the most demanded by readers by the twisters of Cuban factories. Montecristo is the most imitated cigar brand in the world and dominates the market since the year of its creation, 1935, when the Menéndez and García families were associated to create a cigar brand that became synonymous with quality cigar in the North American market.

Montecristo Open Junior is a medium-flavored Cuban cigar with a 38 (15.08 mm) long vine, Vitola de Galera Trabuco and a 40-minute smoke.  Made with casing and cape leaves selected in Vuelta Abajo, in the land where the best tobacco in the balloon is produced.